It’s tourist season here in Traverse City. From June through August, our population more than doubles. For the most part, we love the tourists, the bustle of the summer season and the dollars you bring to our economy.

Criminal lawyers have a saying in Northern Michigan — Come on vacation, leave on probation!

Back when I used to be a prosecutor, the summer season meant that I met a lot of random downstate lawyers whose friends had gotten charged with whatever while they were on vacation in the area. Most of the time these lawyers didn’t practice criminal law, and I had to explain the basics of the charges to the lawyer as they tried to help their friends.

In Michigan, fireworks are legal, except mostly they’re not. If renting that little cottage on the lake gives you some kind of compulsive need for pyrotechnics, you should know that the vast majority of our local communities restrict fireworks to the day of, before or after a national holiday. Also, make sure that you know which fireworks are legal.

Even tourists have rights. Despite well-to-do landowners sometimes doing everything they can to stop you, if there’s public access to the body of water, you have the same rights as any landowner. If they can fish, so can you. If they can put their boat in, so can you. You can’t trespass on a landowner’s property in order to access the lake. However, if there’s public access, you have the same rights as the riparian owners, whatever those rights might be.

Even so, your access rights aren’t without limitations that prohibit schmucky behavior, don’t be that guy.

The Grand Traverse County Sheriff’s Department sees residents and tourists alike as a little ATM of revenue for their budgets. If traffic tickets were cookies, they’d be the Cookie Monster. If traffic tickets were LeBron James, they’d be NBA championships. In fact, our sheriff once got in trouble for giving his deputies incentives to write tickets.

For you, this means that if a Grand Traverse County law enforcement officer even gets a whiff of you committing a traffic violation, you’re going to get a ticket for it.

And guess what GTSO patrol vehicles don’t have? Cameras! In the year 2017.

They blame “budgets” for this, but anyone can buy a vehicle camera for only $99 on Amazon, and there
are others that are even less expensive. With no cameras to tell the whole truth and nothing but
the truth, ticket-happy traffic cops have little accountability and lots of incentive to boost
revenue by handing out tickets to all and sundry. Get your checkbooks out, and plan for a little
extra padding in your vacation budget in case this happens to you.

US-31 is the highway that runs from the south west part of town across the north along the bay. Tourists tend to scamper across US-31, whenever, wherever, traffic laws and crossing signs be damned. This is a great way for you to get hurt or killed. Not to mention it’s a violation of MCL 257.676b which prohibits impeding the flow of traffic.

5. The Party Ends at Midnight

You know the phrase – Nothing good happens after 2 a.m? There’s an entire episode of How I Met Your Mother devoted to the concept.

It’s all too common to get a police report that starts with “The group was out drinking late at ______ (establishment) and then…” I’ve read that one many times before. Spoiler alert – it always ends with someone getting assaulted or doing something stupid while they’re drunk, or both.

I’m going to sound like your parent for a second: When the night’s over, go home. Spend all night at the campfire or whatever, but just go home when the day is done. It’s for your own good.

In Michigan drunk driving laws there’s this thing called implied consent. If you get arrested for drunk driving, you have to take a breath test down at the station if you’re asked. You might think that you’re pulling a fast one on the police to refuse the test, but the joke’s on you. Refusing the chemical test suspends your driver’s license for one year, even if you’re never convicted of drunk driving. The penalties for a first drunk driving offense are far less serious than losing your license for a year.

If you want, you can request an independent test after you take law enforcement’s test. But take the police test first and save yourself a lot of regret the next day.

No trip to Traverse City is complete without going to see the place where then Grand Traverse County Commissioner Christine Maxbauer got arrested for drunk driving. You can watch her fail her field sobriety tests here.

While you’re there, have a burger at Slabtown. They’re amazing, and they have Northwoods Soda which is this local soda that’s the best.

Our mayor got arrested too. We know how to pick them around here…

Don’t leave home without one. All adults need a license to fish in Michigan whether or not they’re a resident. Out of staters might be better off buying a series of day passes rather than a season’s pass. You have to have the license to show to a DNR officer if you’re asked, so it’s important to keep it with you at all times while you’re fishing.

There are also pretty strict regulations about what kinds of fish you can keep. DNR officers are outdoor enthusiasts, and they know all of these regulations well. That means you need to figure them out and follow them, too.

Lots of DNR violations are misdemeanors. Even if you didn’t have any intent to break the law, a fishing error can give you a criminal record, forever. That can really bum you out on vacation, to say the least.

The National Lakeshore is free to enter. However, it’s not free to park. You need a parking pass.

That includes if you’re on the lower Platte River in Benzie County. There are two parking lots at the end of the Platte River. One is for the township and the other is for the National Lakeshore. Get it right and get the right parking pass, or feel the pain.

You can buy the parking pass at a ranger station or at a number of nearby businesses.

The speed at which the Traverse City parking fairies write parking tickets is the stuff legends are made of. If you don’t feed the meter, you will get a ticket.

Every once in awhile the system malfunctions and you’ll get a ticket that you don’t deserve. If that happens, save your receipts and fight it. People have fought the errors and succeeded.

Otherwise, if you don’t pay to park, it’s a pretty safe bet one of our fairies will find you and bop you on the head with a ticket.

…If you decide to go the – leave on probation – route, contact our team of skilled and experienced Traverse City criminal law attorneys. We’ll help you defend the criminal charges against you to the fullest extent of the law. We represent clients throughout Northern Michigan including Antrim, Benzie, Charlevoix, Grand Traverse, Kalkaska, Leelanau, Otsego, Roscommon and Wexford Counties. 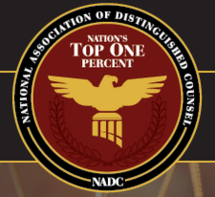