Four armed police officers waited outside a school while children were murdered, because they didn’t have body cams. The Grand Traverse County Sheriffs Department doesn’t use body cams, either

The opinions I express in this article are my own. They’re not the opinions of Razavi Law. But if you need a great Northern Michigan criminal defense attorney, you should call Jason.

In the aftermath of the most recent school shooting at Marjory Stoneman Douglas High School in Parkland, Florida, we’re learning just how preventable the tragedy was. The FBI received warning after warning but didn’t investigate. There was a school resource officer on scene who didn’t do a thing as a murderer slaughtered innocent students. It was a failure with horrific consequences.

Now, we’re learning that there were four armed law enforcement officers outside the school as the tragedy unfolded. Like the school resource officer, they just sat there and listened to the sounds of children being murdered. They say, under orders, they were told not to go into the building. Why? Because they didn’t have body cams to capture it on tape. 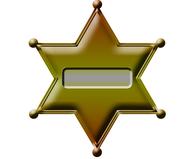 The cops in question say that they were just following orders and standard procedure.

So if body cams are necessary in order for police to try to enter a school to try and stop a murderer from
slaughtering innocent children, the next question is why the Grand Traverse County Sheriffs Department refuses to purchase a single body cam. No body cams, and no dash cams. Zero, zilch, nada.

When I’ve asked them why not, they respond with smirks and giggles about budgets.

Let’s talk about their budget. In 2018, the Grand Traverse County Sheriff’s Office got $84,500 for patrol vehicle equipment. They got another $291,000 for patrol vehicles. By contrast, a police dash cam or body cam costs about $1,000. Devoting only one percent of their patrol vehicle budget to cameras would buy them several dash and body cams each year. But if you ask GTSO, they just can’t spare it. Hee hee, sorry…

On one occasion, I heard a magistrate for the 86th District Court backed up GTSOs refusal to leave the dark ages, saying that dash and body cams “don’t produce good video.” You mean like this one? Or this one? Yeah, video quality is terrible. Can’t see a thing. (sarcasm).

A whopping 95 percent of police departments across the country either already have body cams or they have plans to have them as soon as possible. That figure doesn’t include the departments that have dash cams but not body cams. Grand Traverse County doesn’t have either dash cams or body cams, as a matter of policy.

If body cams and dash cams really protected the officers, there’s no doubt they would already have them just like they have guns, bullet-proof vests and a host of other equipment. But dash cams and body cams are far more likely to protect a citizen from law enforcement misconduct than they are to protect the officers. Accountability just isn’t something the Grand Traverse County Sheriff’s Department is into.
But none of that seems to phase the GTSO or the 86th District Court. Body cams and dash cams are simply too much to ask of them to protect us while they’re protecting us.

And what about times of crisis? A sheriff’s department in Florida let 17 people die because they didn’t have cameras. The Grand Traverse County Sheriff doesn’t have cameras, either. I renew my call for the Grand Travrse County Sheriff’s Department to implement use of dash cams and body cams before even one more person suffers an injustice because the Department prefers a lack of accountability.